I just came back from the 13th International Conference on Thai Studies titled “Globalized Thailand? Connectivity, Conflict, and Conundrums of Thai Studies” in Chiang Mai – my amazing sister presented her LSE dissertation, “Thai Youth Sexual Culture: Exploring Representations of Gender and Sexuality in the Thai Controversial Series, Hormones (2013).” If you’d like to read the masterpiece, here’s the link (scroll down to Tammarin Dejsupa and press that PDF logo); there were way too many intelligent words coming out of her mouth, and needless to say, I was immensely proud, but also very confused… 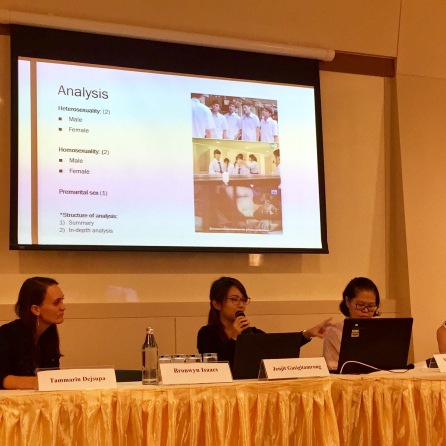 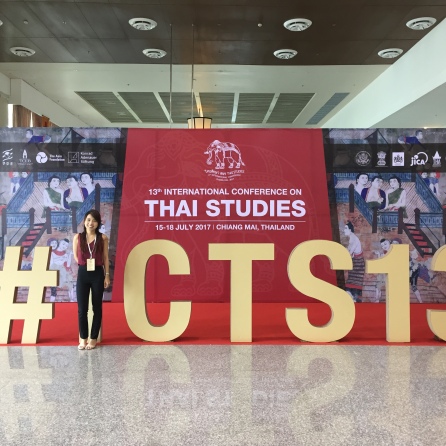 The panel was on sexuality, media & commercialisation – and so, to kind of continue on a similar theme, I decided to dedicate this time capsule log to that by writing about…vibrators.

If you do a quick Google search on the history of vibrators, many will state it was invented by Victorian doctors as a prescribed “pelvic massage” treatment for patients with hysteria to induce “hysterical paroxysm” (read: orgasm) because the medical professionals back then complained about the manual labour being tiresome. It’s a great conversational story, huh? Imagine breaking the ice with “Hey! Did you know, the vibrator was invented to treat women with hysteria because Victorian doctors got tired of manually stimulating them?” And then there’d be shared boisterous laughter, suggestive nudges and comments like “Ugh, tell me about it!”

The story makes the Victorians sound reserved, that they were oblivious to the art of self-pleasure and never saw pelvic massage as anything other than medicinal. And until the 20th century, it was even more so believed women did not experience sexual desire; to be a lady was to lack sex drive, with a duty to put up with their husband’s sexual needs. It would feed directly into the stereotypical connotations I’m sure most of you have about the Victorians – the whole high prudery attitude resulting in shrouding piano legs and a “Lie back and think of England” kind of mentality.

It’s true that some doctors during that time believed the art of self-pleasure was highly dangerous to your health (check out these painful looking anti-masturbation devices – moment of silence for all the teens during 1840 to 1900). However, Michel Foucault famously critiqued these stereotypes, and in his book “The History of Sexuality” explains the repressive hypothesis: “…that Western man has been drawn for three centuries to the task of telling everything concerning his sex; that since the classical age there has been a constant optimization and an increasing valorization of the discourse on sex; and that this carefully analytical discourse was meant to yield multiple effects of displacement, intensification, reorientation, and modification of desire itself.”1 Basically, as readers, we’ve read into the history of the past three centuries assuming sexual repression. Whether or not you accept this hypothesis, Foucault sparked much academic work exploring the various ways Victorians did indeed openly speak of desire; there are a lot of examples. Victorian attitude towards both male and female sexuality can be seen just as expressive and expansive as it is today – a prime example being the glamorous courtesan of Paris, Cora Pearl, who lived a very erotic life. In fact, Victorian women had a healthy interest in protecting their bodies whilst still enjoying a sexual relationship; Annie Besant’s “Fruits of Philosophy”2 published in 1877, was a guide that listed every single possible contraceptive method available to the Victorian reader, becoming so popular it even reached out to 125,000 Brits in the first few months alone.

So, back to that whole women-with-hysteria-treated-with-massage-and-vibrator-was-invented story. In actuality, it was only a hypothesis by Dr. Rachel Maines, famed sex historian and author of seminal 1999 book, “The Technology of Orgasm”. She even said so herself, “Well, people just thought this was such a cool idea that people believe it, that it’s like a fact. And I’m like, ‘It’s a hypothesis! It’s a hypothesis!’. But it doesn’t matter, you know? People like it so much they don’t want to hear any doubts about it.”3 Truth! Even when I began researching about the topic, I thought it was a hoot and a half to tell. But now we know – yes, the vibrator was officially invented in Victorian times, but that is definitely not the full story. Number one, doctors were fully aware what they were doing; keep in mind, people thought real sex was only penetration to male orgasm, and sex education was incredibly limited. I just wanted to make clear Victorians weren’t this prude, unaware society. Number two, the vibrator’s history is much more complicated. Hopefully we can get past the party story version.

The History of Vibrators

We begin with Hippocrates, widely regarded as the Father of Western Medicine (we swore the derivative of his medical oath during the promise ceremony first week of uni). Despite his brilliance, there was a lot about the female body Hippocrates did not grasp – he believed the womb was an actively moving organ that even travelled to the trachea during orgasm, contributing to heavy breathing. The label “hysteria” is never used in early texts, but that weird womb-moving theory Hippocrates thought of is mentioned as a condition called “suffocation of/from the womb”. The womb, he believed, was to blame for “nervousness, fluid retention, insomnia, and lack of appetite”4 Later, Greek doctor Galen, most admired for being a brilliant anatomist ahead of his time and a master of medical philosophy5, proclaimed the symptoms were caused by retention of semen and saw widows as a particularly high-risk group. The cure: herbal remedies, pelvic massage, and even getting married6 (can you imagine getting this as your prescription). Mind you, the concept hysteria hasn’t been mentioned yet.

It persisted through the Middle Ages; treatments still included marriage and pelvic massage, but also “irritating suppositories and fragrant salves”7. This treatment continued throughout the Renaissance period, and Nathanial Highmore was one of the first doctors to publicly acknowledge the end result of pelvic massage – the hysterical paroxysm8. Orgasms became kind of a socially acceptable treatment for this strange condition that hadn’t been named yet. Whatever the condition was, doctors agreed it included a wide variety of symptoms including nervousness, anxiousness, emotional outbursts, hallucinations, “tendency to cause trouble”, fluid retention, and yes, sexual thoughts/frustration. 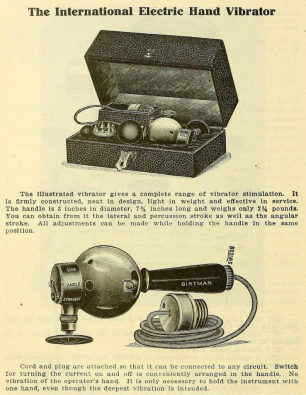 As for hysteria – being such an amorphous condition, the diagnosis surprisingly only recently fell from medical grace in American Psychiatric Association’s mental disorders in 1952.12

So there you have it. From womb-moving theories to feminism, that is how a medical cure became a female sexual icon.

9: Cosmacini G.  The long art: the history of medicine from antiquity to the present. 00. Rome: Oxford University Press; 1997. 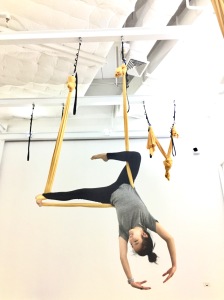